When a Saint Calls; Surrender! 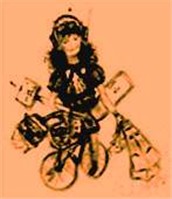 The Bones of the Homeless
by Judy Jones A COMPOSER WHOSE TIME IS NOW! 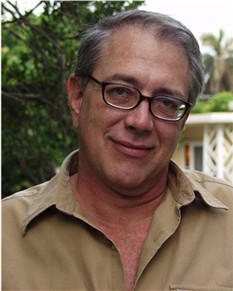 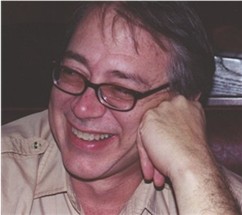 dmthbird@bellsouth.net
http://www.dmtbird.com
David Thornburgh is a multi-talented composer
who is singing what our world is talking about, war.
Listening to Meria Heller's "Mouth That Roars!"
radio show I heard David singing the
opening song.
He sent me an email to comment on another
website I have featuring photographs I
took of the homeless. David had seen the
link thru Meria Heller's  subscribers newsletter.

Smart Mom
by David Thornburgh
My Mother always ask me
When I's runnin' with the group:
"If Everyone marched-off to war
would you do it too?"
ME:
Music does bring us together.  Do you feel you've
an obligation to use your gifts for this purpose, or
do you just sing, because you want to?
DAVID:
I write because I feel I must. If I sang some of my
most earnest beliefs in public, I'd probably get stoned
to death (in the Biblical way) Folks like to laugh, tho,
so it's good to write & sing funny songs every
now & then.
ME:
I know you have spoken about the drug habit you
once had.  Simply put, how can budding musicians/songwriters
avoid all that, or can they?
DAVID:
From my experience, addiction is in the personality of
the addict, as much as in the substance. One could take
care of oneself well, stay healthy, and just say 'no,"
but most folks who are creative and curious about life
and experiencing it, will never abide by second-hand
knowledge, especially where pleasure is found.
.
ME:
If someone were describing you to a group of
young college students, "I would like to introduce
you to David Thornburgh.  He is _________________??"
how would you finish that sentence?
DAVID:
"currently dissatisfied with statism and anti-individualism."
ME:
You also paint right?  Do you think of yourself more as a
painter or songwriter? Since I heard your music on
the radio, I obviously think of "David Thornburgh" the
singer/composer..Just wandered how you view yourself.
DAVID:
Currently I'm not painting, but everyone who has both
seen my paintings and heard my songs prefer the paintings.
Since I've had the tools to record in segments and able
to fix my mistakes, as well as having a good engineer,
producer, recordist, and backup instrumentalist, I have a much
more positive and less stressful time of it.  So Im devoting
my time to music.
ME:
If someone from the future contacted you and said,
"David, you will never believe what the world is like now.
This is the year 3000 and all I can say is WOW!"
what will they be seeing David?
DAVID:
I hope that if the human race and its civilizations survive,
they'll have a lot more good technologies, better medicine,
and freer philosophies & constitutions. I hope that they
will have more tolerance for the stragglers and the
sages amongst them and afford greater freedoms of
choice for those who wish it. I hope that life will be more
voluntary and not full of greedy mandates. I hope that if
there are preachers and religious leaders, that their moralities
might consist of "Thou Shalt Not Force These Views on Others"
as number one. 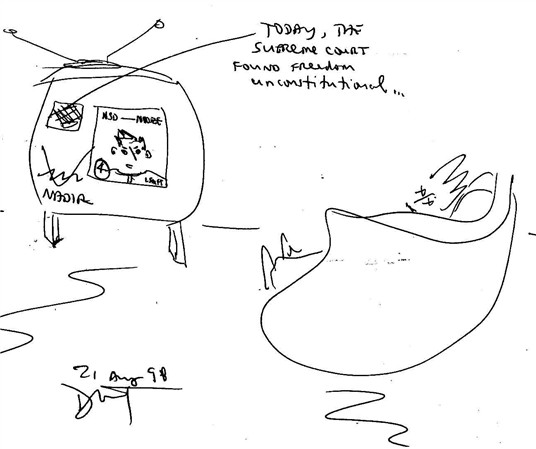 ME:
When I meet people that are gifted, I also wander if
it is genetic, or did they work hard for their gifts or is
it karma?  Can you shed any light on that?
DAVID:
I have known a few geniuses. I'm not one of those.
My IQ was once tested and it was a "bright normal,"
in the scientific language of the time.  All I know is that
when I get an idea, I usually have to work pretty intensely
to develop it.  School never came easily to me, and i feel
that it stunted my intellectual growth and social skills.
I am grateful to my parents for their gift of unconditional love
and a very loving shelter from life's vicissitudes.
ME:
Have you plans to do any DVD's, etc. coming up?
DAVID:
My song "Bushit" appears under the end credits of the
film "Florida Fights Back," by Jeannine Ross and Bruce Yarock;
http://www.floridafightsback.com
I have many hours of videotapes of myself playing the guitar
and singing. I wanted a record of fingering positions
for the various chords and tunings used.  It's all shot
in Miami, in my room, and being that we're usually
rather hot down here, and the fact that I have to turn
off my noisy a/c while taping, I'm usually playing while
in my underwear and a t-shirt (to keep sweat off my guitar),
so the films are not very pleasant to watch.
ME:
Do you have children, a family?  Or is music your family?
DAVID:
I am not married and currently have no girlfriend. I do
have a very good friend female friend who lives in my
spare room.   Art and music take up most of my time,
as well as volunteering for the local folk dj at the public
radio station. I sometimes write record reviews for our
folk newsletter. Being a volunteer, I get to listen to new
cd's often. If I find someone political that Meria Heller
might like to use on her show, I give them her website.
ME:
When I hear a song, I know God is alive and kickin'!
Are you spiritual in your thinking?
DAVID:
When I feel happy or when something positive springs
anew I am in the 'attitude of gratitude mood'.  When
things go badly, may God forgive me, I tend to think
that whoever made the human body should be forced
to LIVE in one!  Sometimes, I feel there is no God,
just alotta arrogant, paranoid fanatics. ON ALL SIDES !!!
ME:
Its difficult being an artist.. People want your gifts,
but not many are willing to help you get them
'out there'..and there are critics everywhere.
What keeps your spirits up and your dreams alive?
DAVID:
I create because I feel I must. When I get low on funds
or have medical problems, my family helps me.
I reciprocate in various other ways. The thing I'm
unable to do -- is get them to market. Things are
changing tho. Your caring, Judy, to even give me
replies to my queries, gives me the knowledge that
you are listening to me and I to you -
My friend Bruce Yarock who's recording me in a
professional manner is a godsend . I don't think
I'll ever make it as a lone singer. I'd love to be
what Robert Hunter is to the Grateful Dead
band -- a writer for them, not usually a musician
on stage.  I'd love, as I said before to have a good
musician and/or musicians do some justice to my songs.
I've given up on many rewards in my lifetime -- Karl Marx's
ideas shaped a world, he probably knew they would, tho
he never got to be part of the Russia that came out of it.
(He'd probably not have liked what he saw anyway.)
DaVinci envisioned the first helicopter and many other
inventions, but like Einstein, never had the proper tools
to test some of his theories.
ME:
Where do you see yourself in five years musically David?
DAVID:
If I'm not dead, I'll probably have better equipment
to use, and  new techniques.   As it is, now I've been
able to, with the help of another good friend and
musician -- get my old reel to reel tape machines
fixed,  so I'll be transferring stuff I've not been
able to hear for 20 years or so, some of which go
back to 1968. If I run out of song projects, I'll
switch back to art for as long as that goes.
ME:
You live in Florida.  I understand one of the
good things about that state is it supports its artists.  True?
DAVID:
Under Jeb Bush, much funding has recently been
diminished or cut out completely. 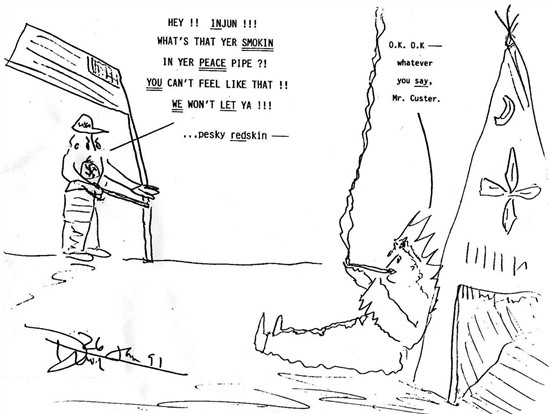 ME:
So where can people hear you perform and buy your music?
DAVID:
http://dmtbird.com/
ME:
David your music speaks for itself and I know
"On the Road With Judy!" readers will want to
hear much much more of the original music
by David Thornburgh.
And I am most grateful that you chose to share
'some of your life with us!'

The Bones of the Homeless
by Judy Jones

MERIA HELLER
"THE MOUTH THAT ROARS!"

Meria@MeriaHeller.com
"ON THE ROAD WITH JUDY!"

Works published on this website are protected
under domestic and international copyright laws
and are not considered to be public domain.
If you are interested in having publishing rights,
would like to exhibit my pictures, or buy a print
please email me:
mybeautifulmusic@gmail.com

to the computer expertise and